Brother Vincent Corkery
(This article is an extract from "Life Ever Dawning" - the autobiography of Brother Vincent written at the behest of the Michaelian fraternity.This book is available at SMK St Michael,Ipoh, and at the Lasalle Centre,Ipoh) 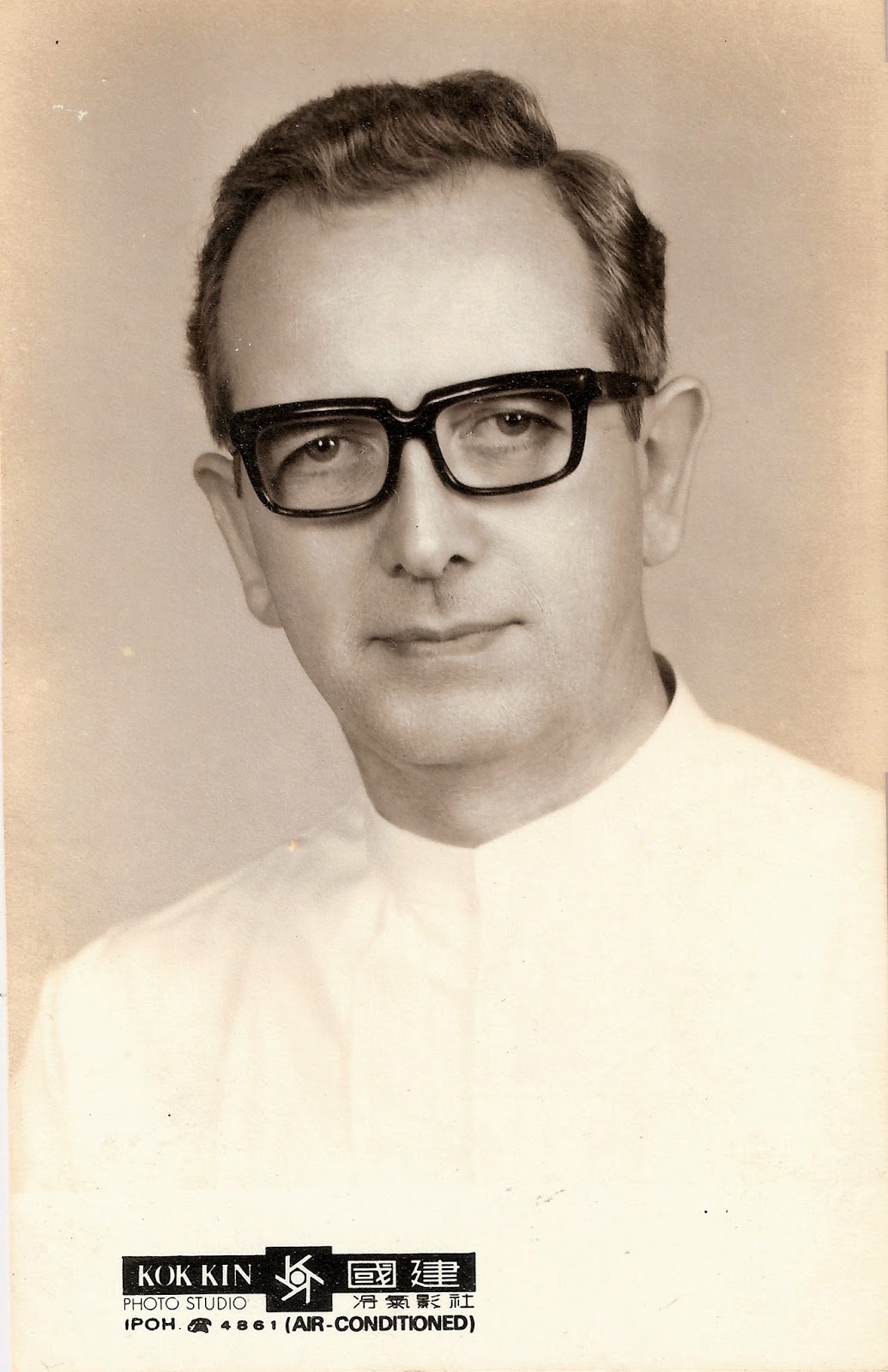 Four and Form Five.He was then the Sub-Director of St Michael’s under Brother Director Ultan Paul.For those of us who did not go to Form Six, Brother Vincent was a somewhat distant but certainly charismatic personality whose  appearances before us at assemblies left us magnetised and awed by his flawless English and his keen intellect.  My friends in Form Six never failed to share their admiration of this remarkable personality who taught the General Paper and Literature with such aplomb and authority. As a teacher, even though he did not teach my class, he was a peerless educator, very much in a class of his own.

It  was in Form Four (1964)  that I was suddenly plucked out of obscurity  by Brother Casimir  and propelled onto the arena of drama and debates. This was the time when I  came to view Brother Vincent from a closer perspective. During our many rehearsals for “The Magic Key” which Brother Vincent directed, I  was rapt in wonder at Brother Vincent’s great flair for music and his passion for the classics. Long, long  before the arrival of Harry Potter’s magical world, Brother Vincent helped transport me and my schoolmates as elves into the  romantic fairyland of   Queen Titania.
Later in 1965, when we rehearsed “The Winslow Boy” directed by Brother Casimir, Brother Vincent was the evident “consultant” to the director, giving pointed advice on the historical background and literary significance of this very famous Irish story written by Terence Rattigan.  All this was done in a most subtle and self-effacing manner without being intrusive. This is something we learnt about the greatness of the man, his intense humility which never caused him to show off his great learning.
The same self-effacing helpfulness emerged when Brother Casimir and Mr Eric Gomez were training us for the Interschool Jaycees Debates in 1965. Brother Vincent never took us by hand directly but his behind-the-scenes input was evident when Brother Casimir and Mr Gomez put us through the training sessions. I used to be and still am amazed at the breadth and depth of Brother Vincent’s grasp of world politics and current issues. In all my later years, I have rarely met a person who can equal the depth of scholarly learning that Brother Vincent commanded.
I left St Michael’s in 1966 . After my studies in the later years at the University of Malaya and the University of Manchester, I  served at various schools in Perak as teacher, senior assistant and principal. In 1998, I was appointed Principal of my beloved alma mater and was gladly welcomed  by Brother Paul, Brother Vincent and Mr Adrian Tsen, President of the Old Michaelians Association.
In the years 1998 to 2000 Brother Paul and Brother Vincent continued to be my source of inspiration, courage and good counsel. When Brother Paul returned to the Lord in 2000, Brother Vincent wore the mantle of the patriarch of the Michaelian community. He was the rallying point who so affably continued to unite the school, the alumni and the Board of Governors  as a Michaelian fraternity, ever stronger in Faith,Zeal and Service.
Special mention must be made of Brother Vincent’s gift for penning beautiful lines. His words, both spoken and written, have brought encouragement and consolation to innumerable hearts. Among the most beautiful lines penned by Brother Vincent I shall most treasure his eulogy on Brother Paul which I continue to read again and again. He described Brother Paul as a “multifaceted diamond” and says that “Brother Paul has returned to the home he has never left.”  Who could have given such rich praise? Only Brother Vincent!
I now live in retirement. As a retiree, I am producing movie clips on the story of St Michael’s in a series titled “Valiant and True” based on our centennial souvenir book. Among my diary notes on Brother Vincent  I have penned these lines. “Brother Vincent would have emerged in the top ranks of academia or as a political ideologist in any political movement. It was God’s blessing to us at St Michael’s that a man of such intellectual depth, idealism and personal holiness was destined for St.Michael’s. Here is a man! When comes such another?”